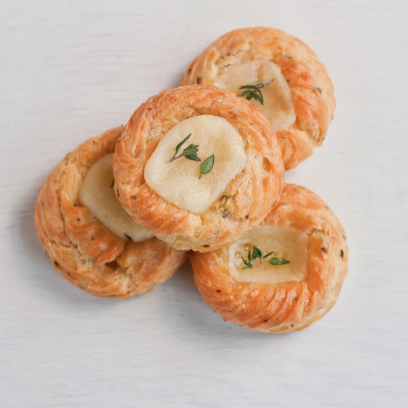 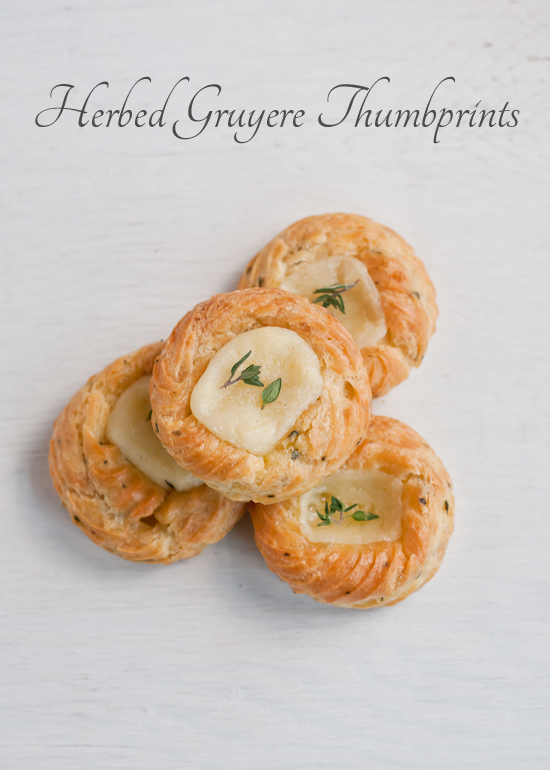 I’ve been going back through my archives and making a few recipes here and there, taking new pics to give the recipes and posts a little facelift. That and to see if we still enjoy the recipes, or if I need to make any changes or update them. This recipe was on the docket for this month because it’s very timely – a favorite Thanksgiving and Christmas appetizer.These Herbed Gruyere Thumbprints are an adaptation of a Martha Stewart recipe from eons ago – about 10 years. :) I used to make these for every holiday or event I catered because they are incredibly easy to make, taste great, and can be made months in advance. (That’s the biggest plus, I think.) 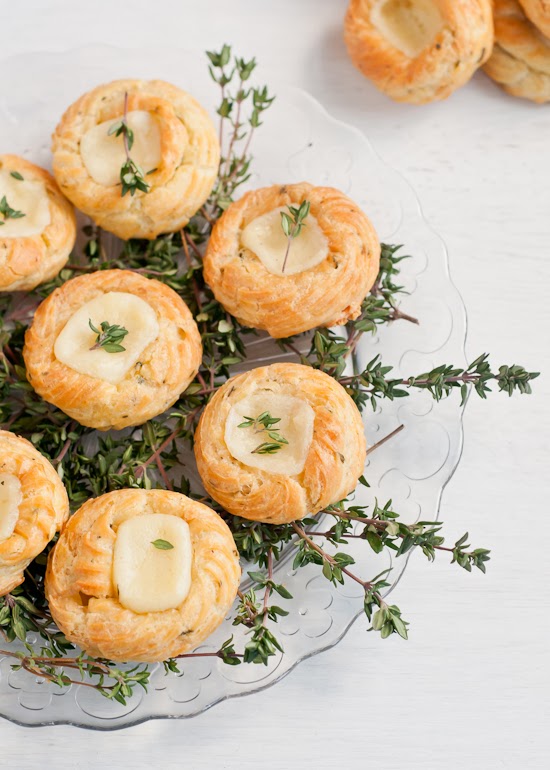 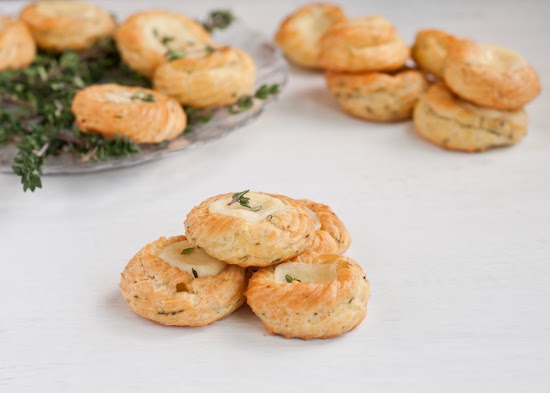 The original recipe called for finely chopped Black Forest Ham. I changed it up by using fresh herbs instead of the ham. Most of the events I catered had plenty of meat and poultry on the menu, so I liked the idea of having something vegetarian. And time and time again, they were (and are) the most popular thing on the buffet table.

Their popularity comes from the fact that they are absolutely irresistible. The melted Gruyere centers aside, the puffs themselves are loaded with finely shredded cheese and fresh herbs. They are tasty, plain and simple. They are also pop-able. They disappear by the half dozen if you aren’t paying attention. Even kids love them. 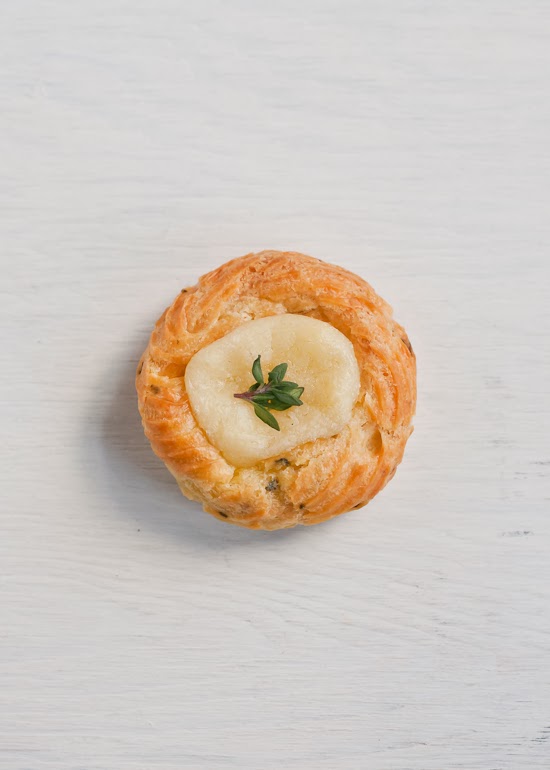 I make them several times a year, but most often as a Thanksgiving or Christmas appetizer. They have become a real tradition in our family and it doesn’t seem like anyone is keen to give them up just yet. :)

As I said, these are super easy to make. If you’ve made pate choux dough before, then you’ll know that these come together in a jiffy. The only time consuming part comes from piping them onto silicone baking mats, and even that’s easier than it sounds. 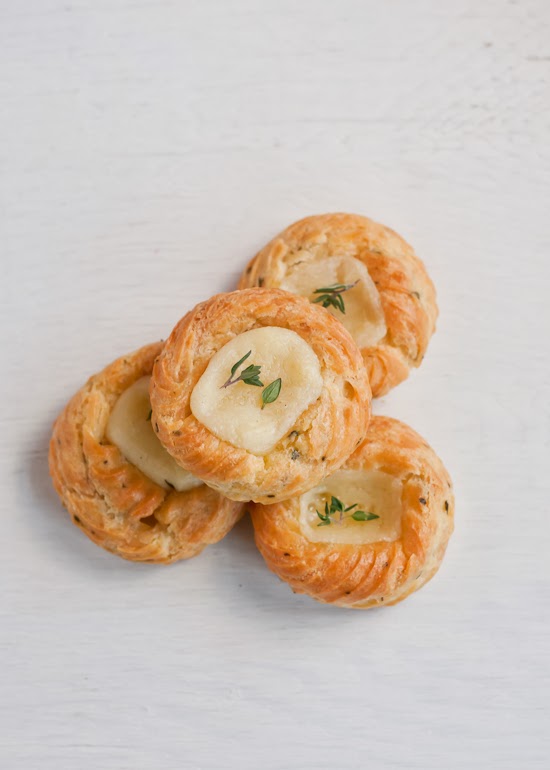 On the old post, I have step-by-step photographs that really do come in handy. It’s worth a peek just to make sure you’re on the right track. But really, it’s nothing more than piping the Gruyere-laden pate choux dough onto the cookie sheets, making an indentation in the center, partially baking them, and adding a cube of Gruyere into the center. From there you can stick them back into the oven to be served immediately, or you can freeze them (cheese cube and all) until you want to bake some. I like knowing I have a few containers of these in the freezer in case we have unexpected guests or get invited to a party and need to take something. 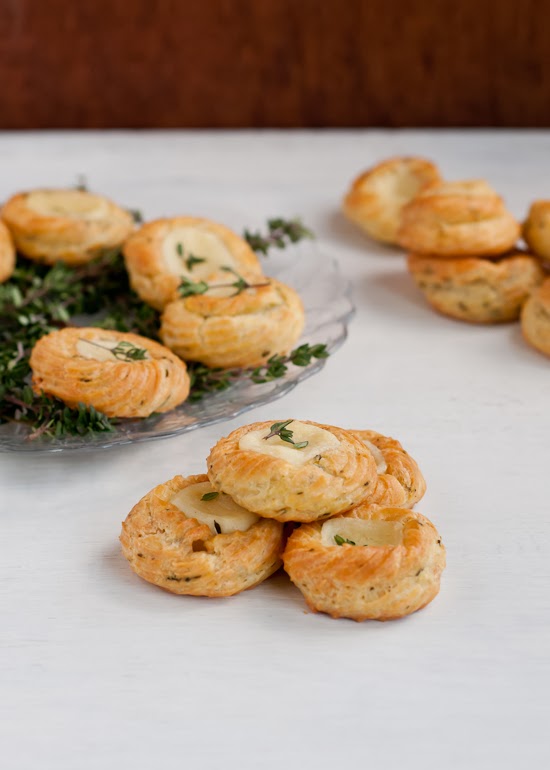 Anyway, trust me. You want to make these for Thanksgiving. They’re just right when everyone is waiting on the turkey and their tummies are starting to rumble. But they are also great later on, long after dinner with a fizzy drink. Or anytime really. (My kids come home from school and ask me to put a few in the oven for them. ha!)

adapted from Martha Stewart
For step-by-step photographs and instructions, visit this post.

This recipe was originally posted on Cafe Johnsonia in 2008. 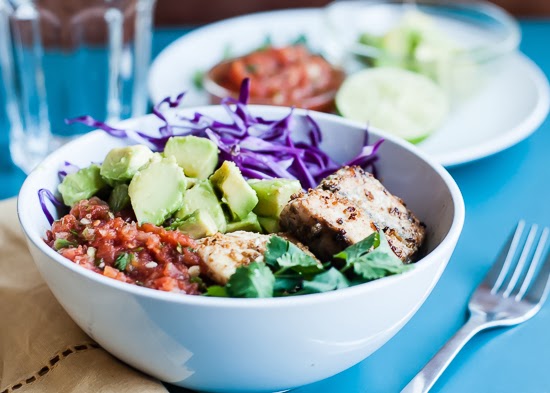 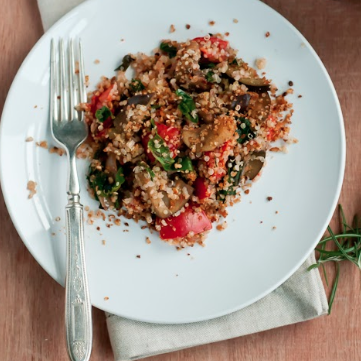 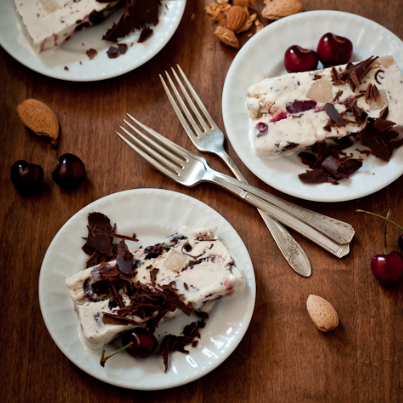