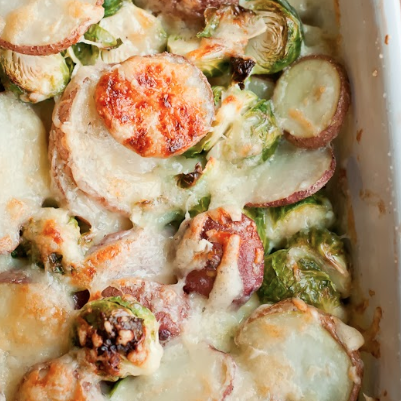 This weekend, the weather changed. Saturday was as lovely as could be and Sunday…it snowed. It’s been snowing for weeks in the mountains, but we had snow in the valley. I even turned the heat on for the first time since the spring. It’s for real. Winter is on its way. As much as I hate cold weather, I admit that it wouldn’t feel like November without a little snow and chilly wind creeping in under the crack in the front door. I do like sweaters and blankets. I like hot chocolate and hearty soups. I even love casseroles every so often. And honestly, it’s a nice excuse to make something rich and comforting like Brussels Sprout Potato Gratin. 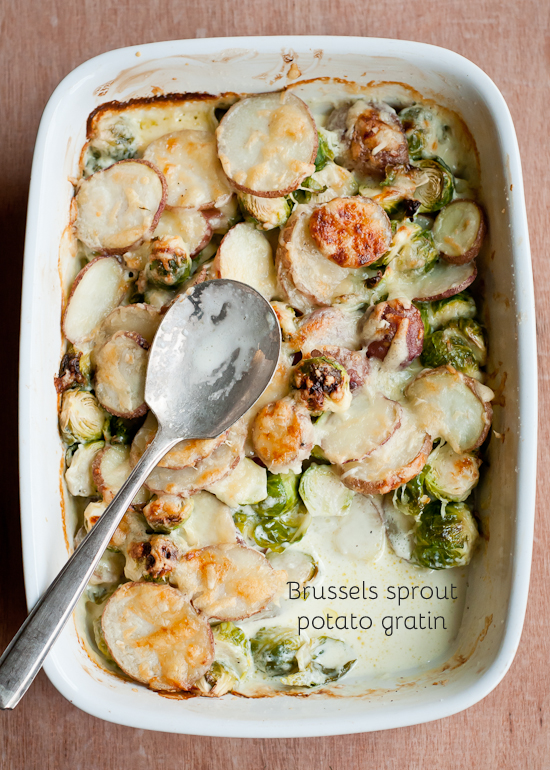 I fall into that gray area of people who aren’t sure if they love or hate Brussels sprouts. There are times when they are overcooked and mushy that I push them away. There are other times when I absolutely love them roasted in a hot oven, sprinkled with salt and pepper, or tossed with pasta. They are almost like candy. And then there’s this way – swimming in heavy cream and topped with a somewhat generous amount of Gruyere. Who doesn’t love Gruyere-topped anything? There are many things that are made more special with a Gruyere, and Brussels sprouts are one of those things. 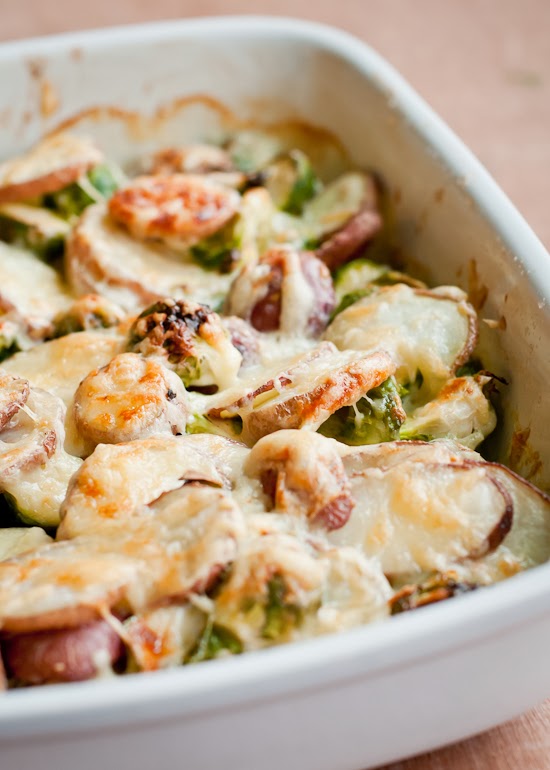 My husband, as he often does and as I often write, thought I was a little crazy when I told him what I was making. He loves vegetables. Like, a lot. And he likes them simply prepared most of the time. The thought of topping them with all the cream and cheese (it’s not that much) made him suspicious. He left with my kids to run some errands and go visit their grandmother and I stayed home to cook and catch up on housework. When he came home, I had this brussels sprout potato gratin waiting for him, all warm and bubbly. 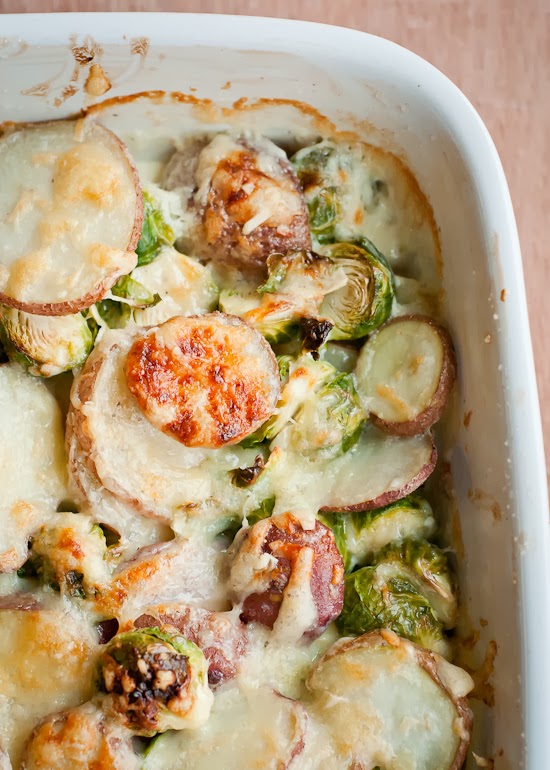 And as always, always, always, he tells me I was right and he was wrong to doubt me. Another winning recipe with a gold star next to it to let me know that I can make it again and again for him. And this might just make it onto our Thanksgiving menu for this year. I’m still testing things out. I really want to change things up this year and branch out from our regular menu. So I might need a week of Thanksgivings to get in all the recipes I want to make. :) 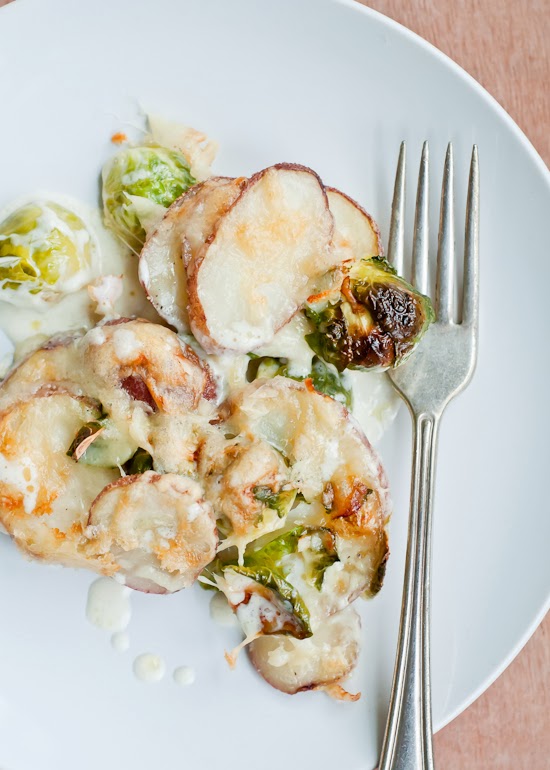 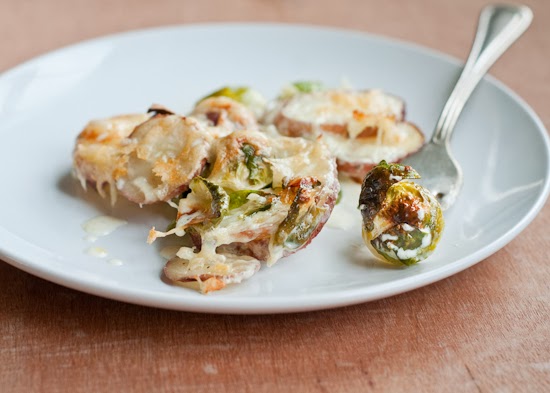 This gratin is super easy to throw together. I like those kinds of recipes. Conceivably, the components could be prepared in advance and put together and baked right after the turkey comes out of the oven and while you’re setting the table. (Unless you do that the night before, and if you are that prepared, can you come set mine while this gratin is baking? Please?) 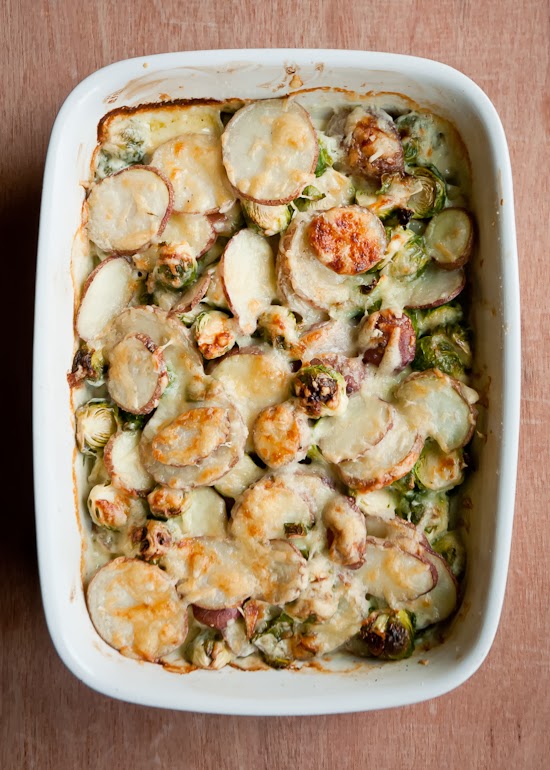 As I was saying, this Brussels sprout potato gratin is simple to put together. Boil the potatoes for a bit, slice up the Brussels sprouts, butter the dish, add cream and cheese, and bake. That’s it. Easy peasy.

So cheese, potatoes and Brussels sprouts is a good thing after all. 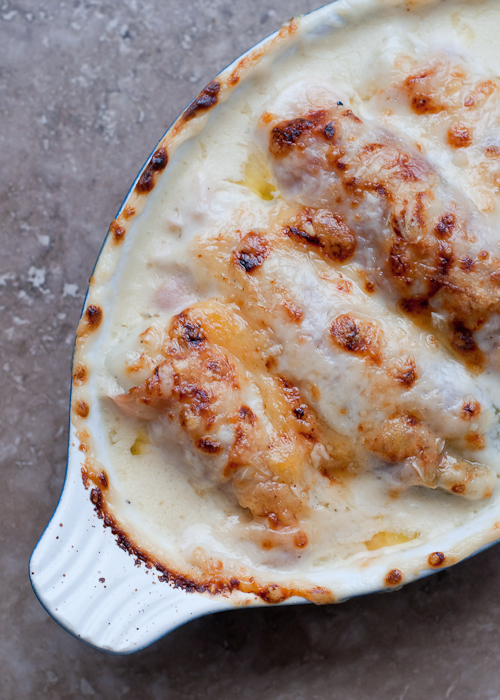