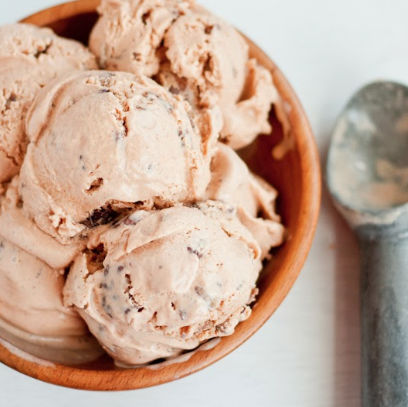 You might be looking at this bowl of Pumpkin Butter Pecan Ice Cream and thinking I’ve just loaded it up with all of those scoops for the picture. And, honestly, you are right. However, I’m kind of willing to bet that between the two of us, my husband and I ate that much straight out of the container the other night. It’s amazing how quickly those spoons keep going back for more! But seriously? This is the best pumpkin ice cream ever. And I’ve made some really good batches over the years. 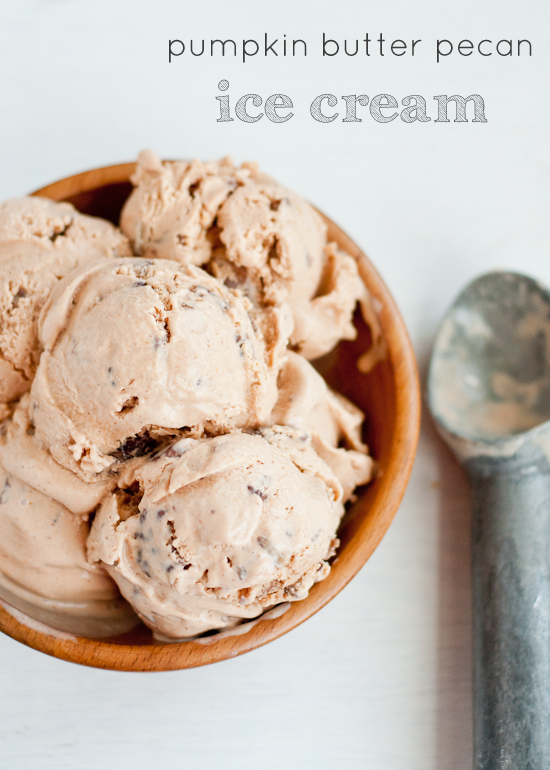 I made one just the other day, in fact, and my family ate in a matter of two days or so. And that was me keeping them away from it until it could be photographed. So you can probably imagine that it’s been difficult for my husband to behave himself and leave this batch of pumpkin ice cream alone until it had been properly photographed and posted so I could share it with you. 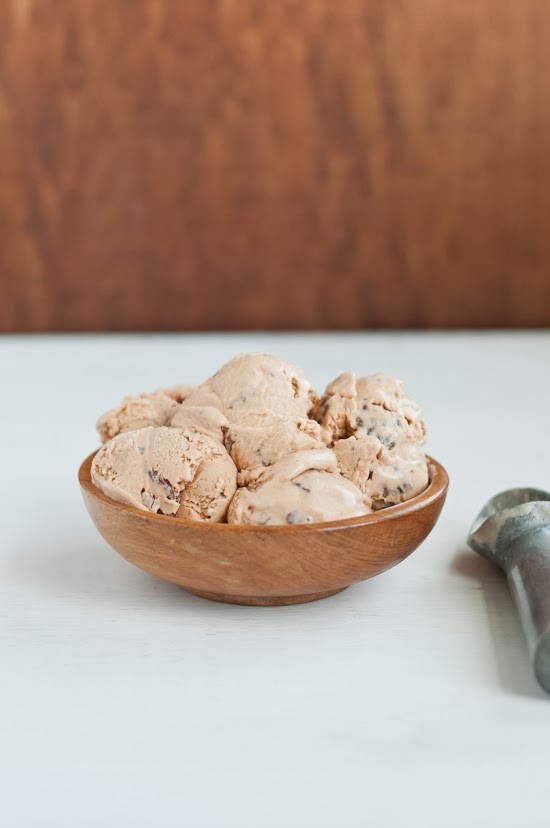 Because I’m a giver when it comes to ice cream…er, that is to say ice cream recipes. (Maybe not the ice cream itself. Not all the time.) I mean, it’s not that I don’t like sharing. I do. It’s more of an “Oh, oops! It’s all gone. Sorry!” I’m sure you understand. Or maybe you don’t. And I’m sorry again! I should definitely share more often. I just get sidetracked like Dugg in UP except instead of squirrels, it’s pecans and pumpkin ice cream and before I know it, BAM! Half the ice cream is gone and all that’s left is what you see in the picture. And the only reason that much is left is because I felt kinda guilty about eating so many (I’m not telling you just how many) Orange Pecan Macarons with Pecan Praline Buttercream in the past few days. And then I wonder why my jeans are getting a little snug. It’s a bad thing that tastes so good, I wonder why it’s so bad. It’s time to go vegan again, I guess. (I thought I could live without butter, cheese and cream, but yo, it’s harder than you think once you fall off the wagon.)

Now, where was I? I always get off on tangents. Tasty tangents, but tangents nonetheless. Squirrel! 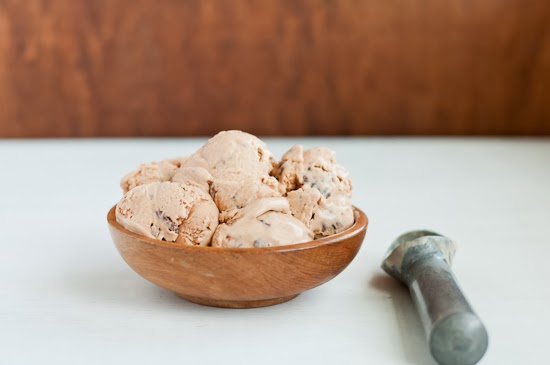 Let’s recap, shall we? Pumpkin Butter Pecan Ice Cream is amazing. You should make it because there isn’t enough left for me to share. My husband was a good boy. I made French macarons (and will be posting the recipe shortly). And finally, the denouement: my jeans are feeling a little more snug. Catch all that? Whew! I think I need some ice cream. Oops! It’s all gone. ;) 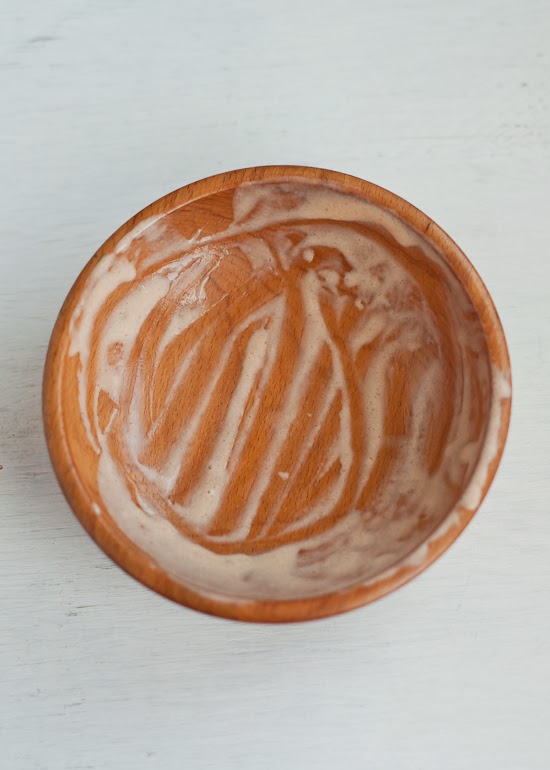 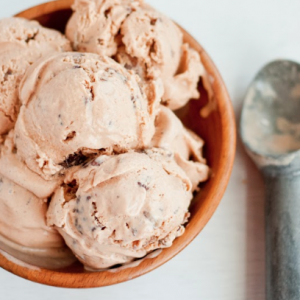 Save Print
Prep time
60 mins
Cook time
10 mins
Total time
1 hour 10 mins
A creamy, homemade ice cream made with pumpkin puree and buttered pecans.
Author: Lindsey Johnson
Recipe type: Dessert
Cuisine: American
Serves: 1½ quarts
Ingredients
Instructions
Notes
Note: I felt like 1 cup of pecans was a tiny bit too much for the finished ice cream. Next time I'll add only ½ of them back into the ice cream and save the others to add to smoothies or muffins.
3.2.2265
Update: 10/26/13 I was so excited to post this I forgot the most important step! Read below for the updated recipe. 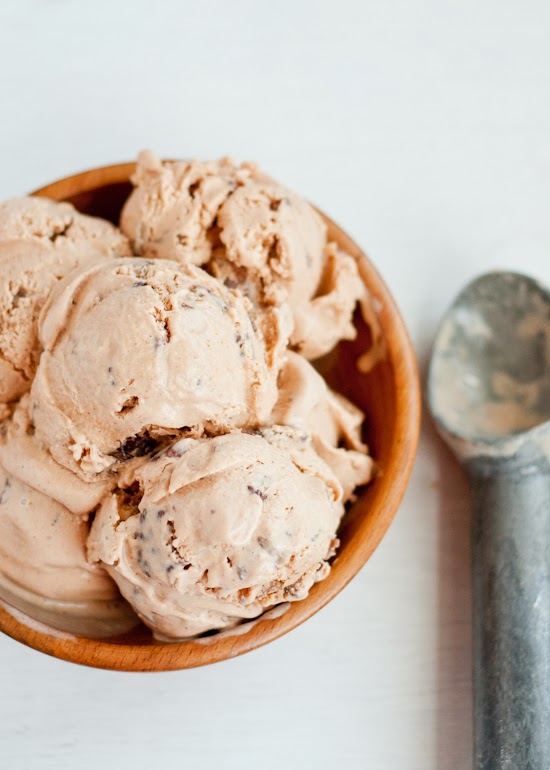 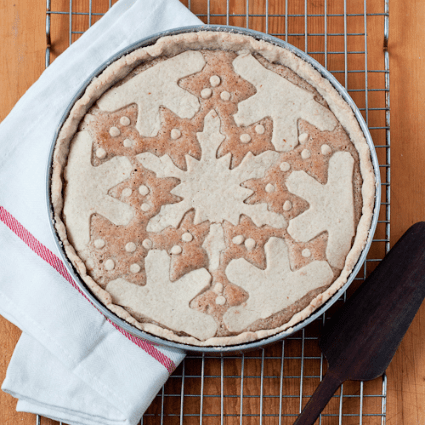