I love me some salsa. And I really love me some of this salsa. I’ve already made it twice in one week. The chips are optional, by the way. A spoonful (or ten) will hit the spot.

Making salsa is one of those things where you pick what you like and toss it in and it will be always be fantastic.  I chose to use poblano peppers and jalapenos because I like the way they taste roasted, or in this case, broiled.  I didn’t toast the garlic the second time around because it kind of took over in the first batch.  Fresh was much better, but you use what you like. 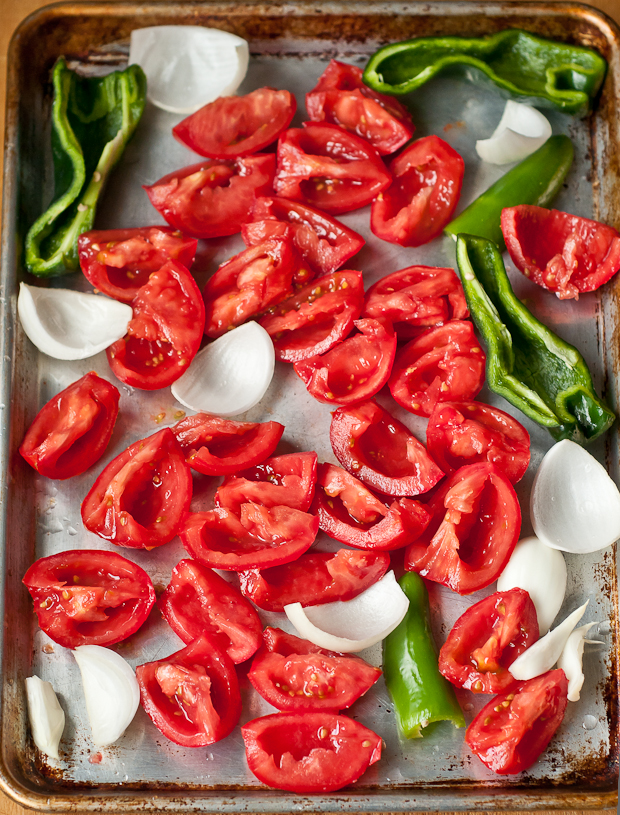 It’s been so hot and I haven’t wanted to turn on my oven.  But for this?  Well, I decided a few minutes under a hot broiler wouldn’t do much harm.  Make sure to turn everything over halfway through broiling.  I like to start with the cut-side up because I feel like it helps concentrate the flavor as the juices quickly evaporate.  I also seeded the tomatoes.  I like thick and chunky salsa.  Again, do what you like. 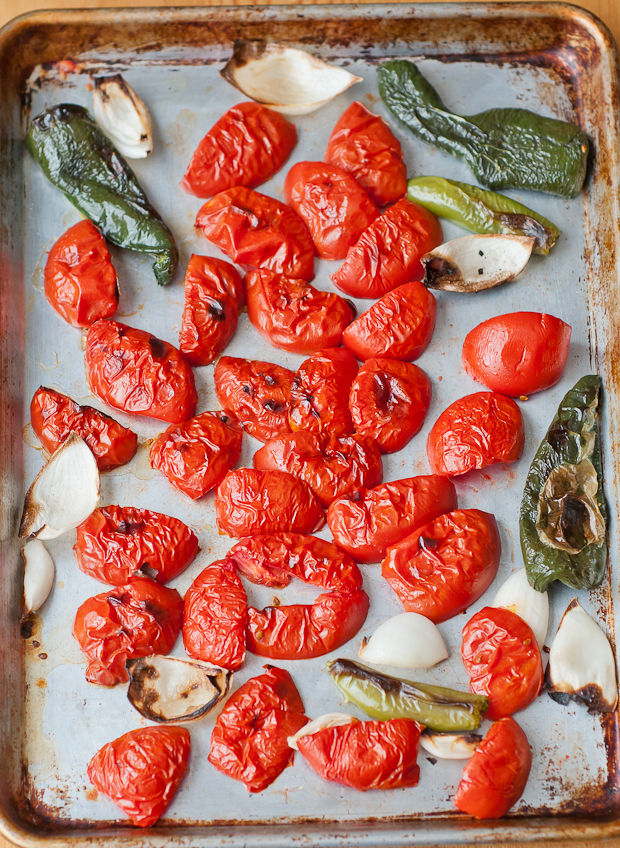 Sometimes I remove the skins from the tomatoes.  Sometimes I leave them on.  It’s your call, but they do slip off nicely after being under the broiler for a few minutes.

Now let’s talk about heat from the jalapeno.  You never really know if you’ve got a spicy jalapeno or a bland one, so what I do is remove the ribs and seeds and save them to add back in later if I need to.  If you like to live dangerously, leave them in when you broil (or roast) them.  I like the way the charred skin of the chiles and onions tastes, so I let it get nice and dark. 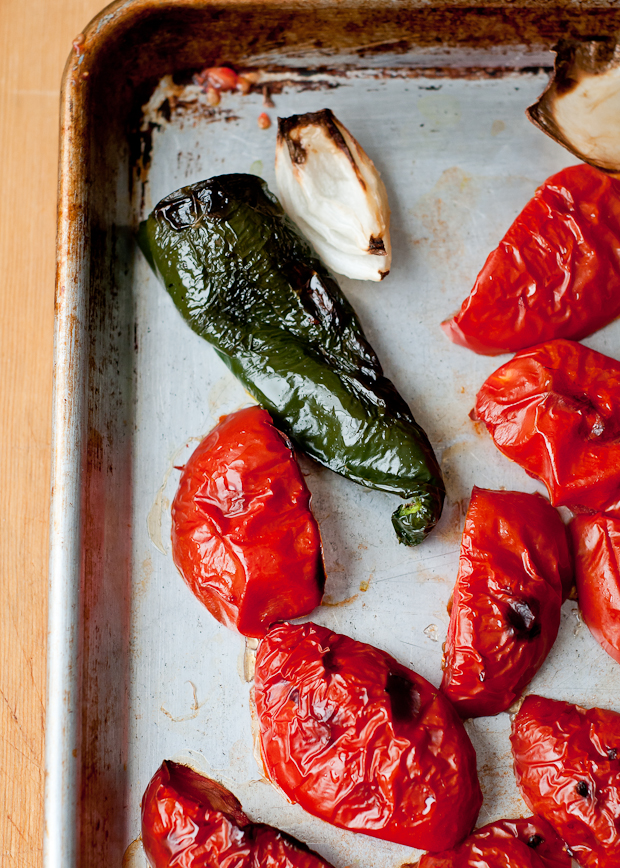 Well, that’s that.  A pretty good salsa, if I don’t mind my saying so. 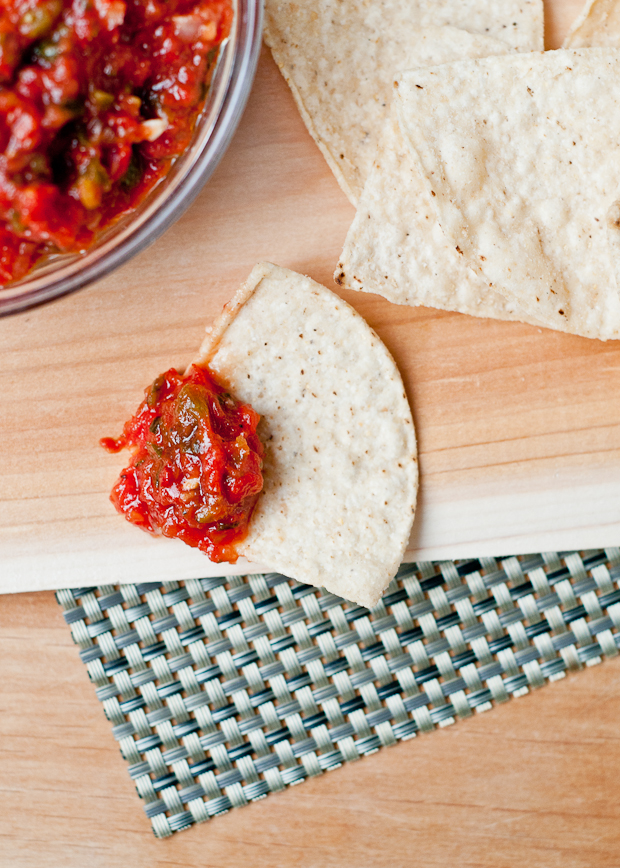 2 lbs. ripe tomatoes (about 8), seeded if desired and cut into quarters or halves
1 poblano pepper, cut into thirds or halves lengthwise, seeds removed
1 large jalapeno, cut into half lengthwise , seeds and ribs removed, if desired

Heat oven broiler to high for a few minutes.  Place all the vegetables, except garlic, on a rimmed baking sheet, cut-side up.  Place the baking sheet under the hot broiler and broil on one side until everything starts to blister and darken.  Remove from oven, turn everything over and place back in oven.  Broil until the skin blisters and blackens.  Remove from oven.

Transfer all of the vegetables plus the garlic to a food processor and pulse until finely chopped.  Add lime juice and salt, to taste, and any other optional seasonings.  (Note:  If the salsa is too thick for your liking, add a little water to it, or don’t seed the tomatoes before broiling them.) 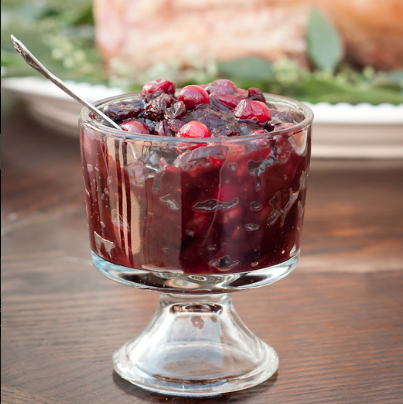