This recipe is a gem that I made awhile back and has been sitting in my draft folder just waiting to be published.  As I remember, it was incredible.  I don’t say that lightly.  It was truly delicious. 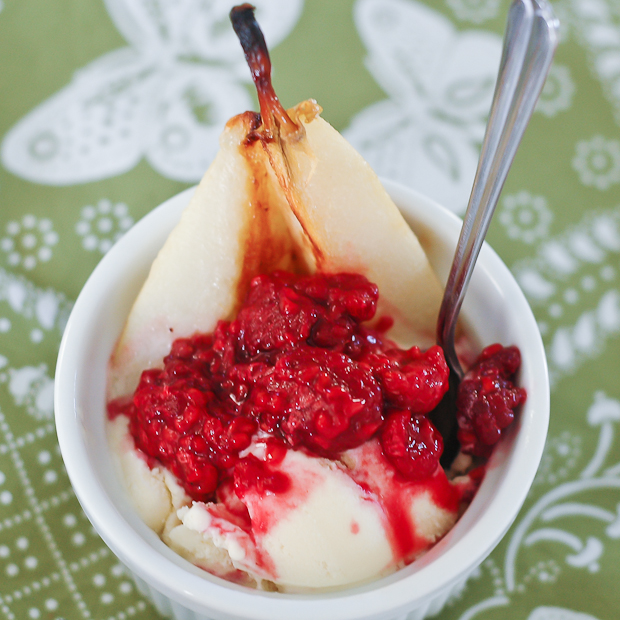 I saw this recipe in an old issue of Domino in 2009, I think. I can’t remember.  Anyway, that doesn’t matter.  It’s a keeper.  I put my own twist on it by using homemade Ginger-Cardamom Ice Cream.  Oh, man.  My husband still talks about this ice cream as being one of his very favorites. 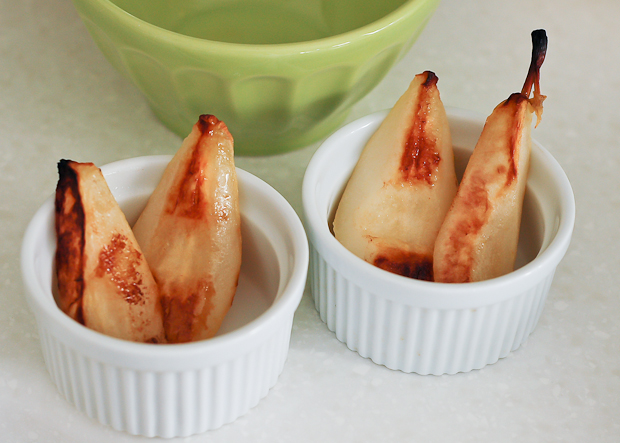 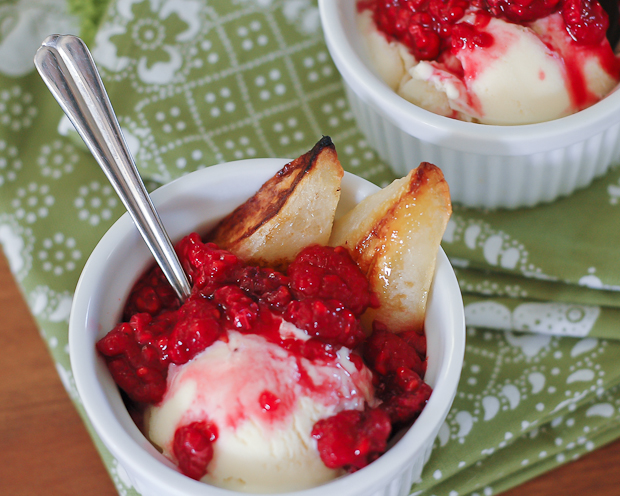 We are fond of Kulfi, the frozen Indian dessert. That dessert is the inspiration for the flavors in this ice cream. When I have made this before, I have used evaporated milk and 3/4 cup sugar in place of the sweetened condensed milk. Either works fine, though I think I prefer using the s.c. milk because it’s easier and gives the ice cream a velvety texture.

I bring the milk to a simmer and add the ginger and cardamom. Some of the milk evaporates during that time, so I’ve used 2 cups, when I strain out the spices, there is usually only 1 1/2 cups remaining. How long you let the spices steep is up to you. If you like a strong flavor, leave it longer.

adapted from Domino Magazine
To serve 8

Heat whole milk and cream in a saucepan until very hot, but not boiling.  Add the cardamom pods and ginger.  Remove from heat and let steep for at least 30 minutes or up to a few hours.  (The longer it steeps, the more pronounced the flavor of the spices.)

After the spices have steeped in the milk and cream, heat again until very hot, but not boiling.  Whisk together egg yolks and sweetened condensed milk.  Pour the hot milk/cream mixture into the egg/condensed milk mixture and whisk well.  Pour back into the pan and cook over medium-low heat until it registers 170 degrees F. on an instant read thermometer.  Quickly pour through a fine mesh sieve set over a clean bowl.

Chill in an ice bath or refrigerator until very, very cold.

Churn in an ice cream maker according to manufacturer directions.  Transfer to a freezer-proof, airtight container and allow to harden in the freezer for a few hours before serving.  Makes about 1 1/2 quarts.

Combine half of the raspberries with the sugar and 2 Tbsp. water in a small saucepan.  Stir over medium heat until sugar dissolves and mixture comes to a boil.  Turn off heat and add remaining raspberries.  Stir to combine and transfer to a small bowl to cool.

Heat oven to 425 degrees F.  Line a rimmed baking sheet with parchment paper.  Melt butter and pour over the pears and toss with sugar.  Arrange pears on the baking sheet and bake for 20 minutes, turning the pears over once halfway through baking time.

Place two of the pear quarters in 8 small bowls.  Top with a few small scoops of the ice cream and top with the raspberry sauce. 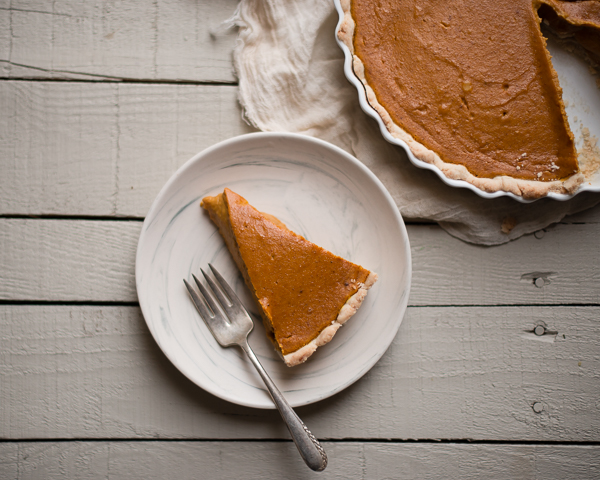 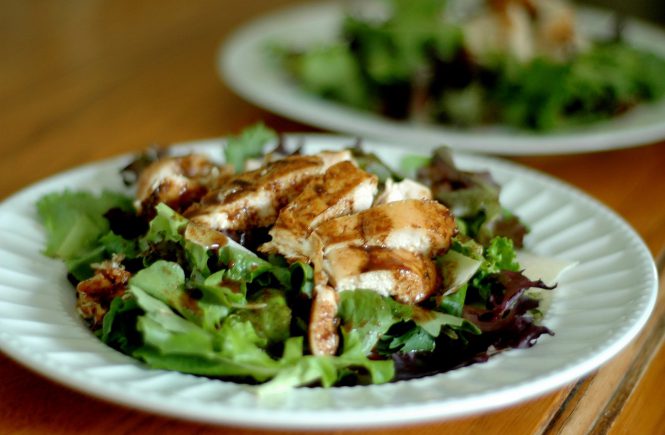