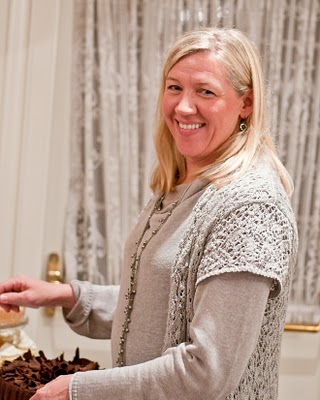 This is my dear, sweet friend Tania who I met years ago when I still lived in New York.  I’ve mentioned her a few times before.  She is one of the greatest women and mothers I know.

One of my favorite memories of Tania was when she came to visit me and bring me dinner after I had my first baby in 2004.  She had only given birth three weeks before I had and she was bringing me dinner.  To this day I remember the homemade turkey soup, rolls, and the best brownies I’ve ever eaten in my life.  Tania’s famous brownies topped with a layer of melted Andes mints, the inspiration for my Peppermint Bark Brownies.

Tania is a labor and delivery nurse and so she didn’t even flinch when I told her how much trouble I was having with nursing and all about the crazy rash I had all over my body…and then I showed her.  We were fast friends.  A few years later we spent a most memorable and enjoyable Thanksgiving at her home with her family.  It is still my favorite TG to date.

Tania came into town last week to ski and celebrate her big birthday.  She e-mailed me a few weeks ago asking if I knew of any restaurants where she could have her party.  We e-mailed back and forth discussing different options, and while I never said it to her, I was hoping she’d bring me on board in some capacity to make some of the food.

She ended up deciding on The Lion House in Salt Lake City.  It’s a beautiful historical mansion in downtown Salt Lake City near Temple Square.  It is a favorite spot for parties and receptions.  It’s very lovely. 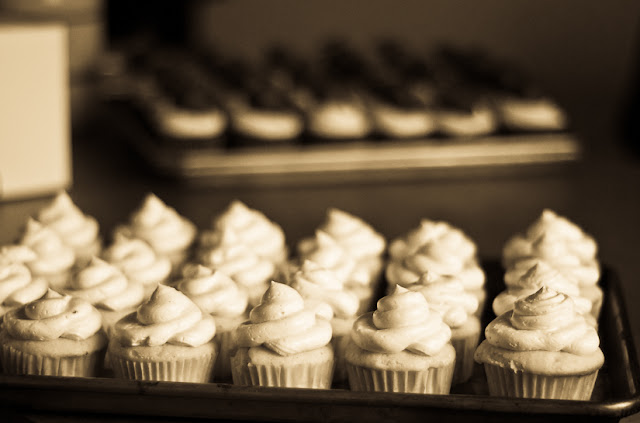 Tania asked me if I would be able to make a few cakes and cupcakes.  I was so happy she asked.  I didn’t want to impose myself, which is why I didn’t offer.  Nothing makes me happier than making food for people I love–especially birthday cakes.  The only request she had was that there was chocolate and fruit.  The rest didn’t matter.  She let me do whatever I wanted.  It had way too much.

And now for the cakes and cupcakes… 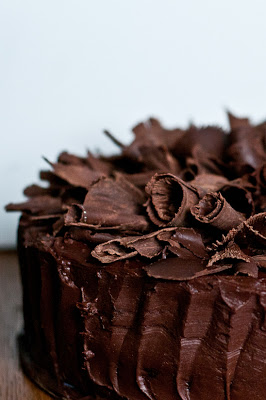 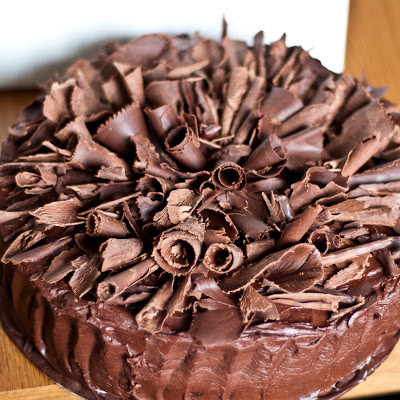 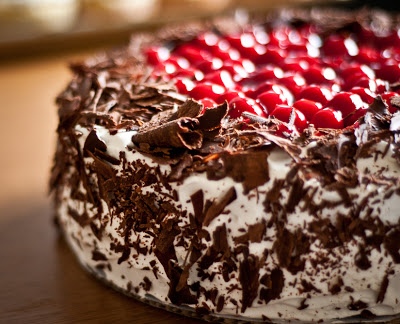 Black Forest Cake–Dorie Greenspan’s Cocoa Buttermilk Cake (I didn’t add the melted chocolate this time), filled with a whipped cream cheese and creme fraiche mousse, sour cherry pie filling (I bought it because cherries aren’t in season here in UT yet), and frosted with sweetened stabilized whipped creme fraiche.  I made my own creme fraiche by mixing 2 Tbsp. buttermilk into 2 cups of warmed heavy cream (about 100 degrees F.) and left it out to thicken overnight.  It is soooooo worth the extra time and effort.  (I’ll post more about this at some point.)
Triple Lemon Chiffon Cake–three layers of light, airy lemon chiffon cake, filled with tangy lemon curd, frosted with lemon curd enriched stabilized whipped cream  (recipe from Sky High:  Irresistible Triple-Layer Cakes, check Mary’s , The Food Librarian blog for awesome pics of what it looks like inside. I didn’t get any pics of it.  You can find the recipe and more pretty pictures here.) 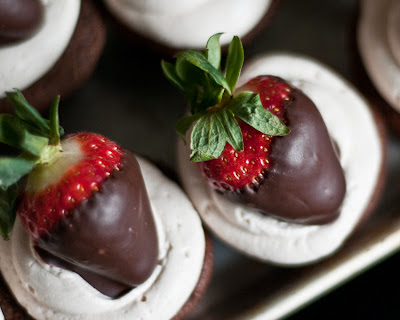 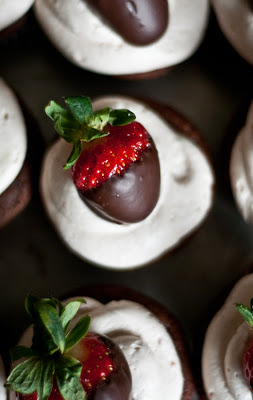 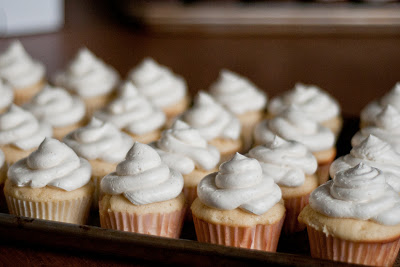 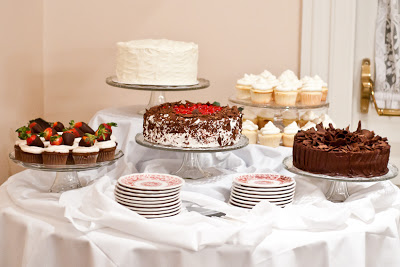 One of the coolest things Tania did for the party was to have a candy table.  It was so whimsical I thought.  She had little bags for us to fill up with a sticker that said “40 is the new 20.”  :)  I love the tiny stainless steel scoops.  She ordered them from Sur la Table. 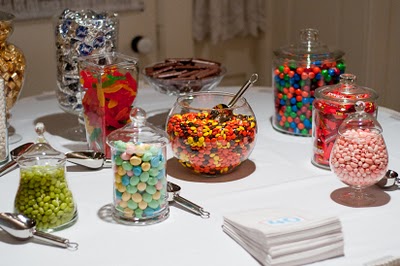 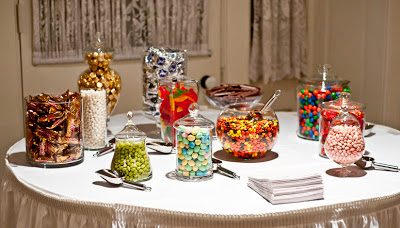 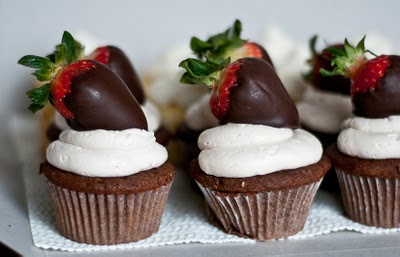 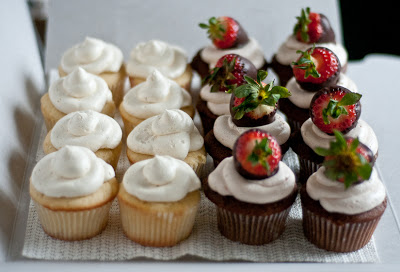 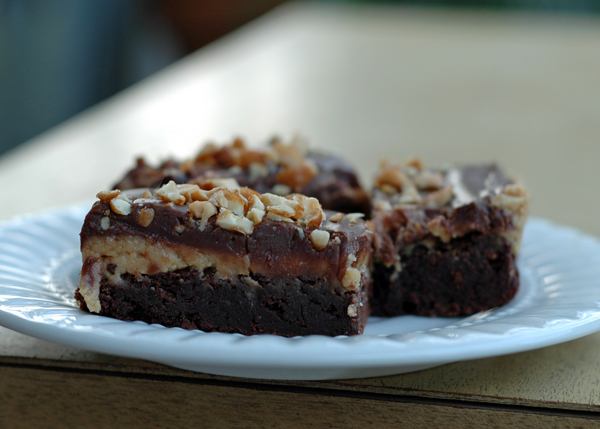