February 24, 2011 6 Comments
Remember when I made a batch of Cashew Sour Cream from The Vegan Table?  It made a lot of sour cream and for days I was dreaming of ways to use it.  One day I looked in my fridge and did some quick math.
Baby arugula + red peppers + cashew sour cream + x + y = z.
Or something like that.  I was missing a few variables and I’ve never really been that great at algebra anyway.  The cupboard provided me with x and y in the form of pasta and black olives.
Twenty minutes later I had a pretty great vegan, gluten-free pasta dish. 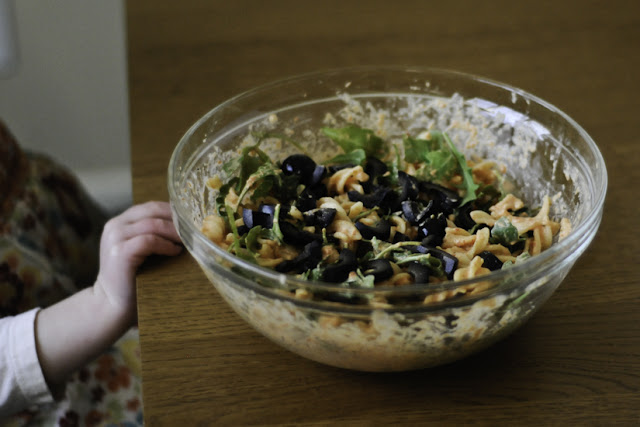 I’ve been trying different brands of gluten-free pasta. I really like the brown rice pasta I tried a few months ago, but I decided to give corn/rice pasta a try. I can’t remember where I bought this, but it could have been Target or Walmart.  (The prices for GF pasta are the best at Target.)  It is made in Italy and so that gives it some street cred in my book.

It didn’t stick together after it was cooked quite as much as the plain rice pasta.  It had great mouth feel–practically like wheat pasta.  Obviously use whatever pasta you like the best or have on hand. 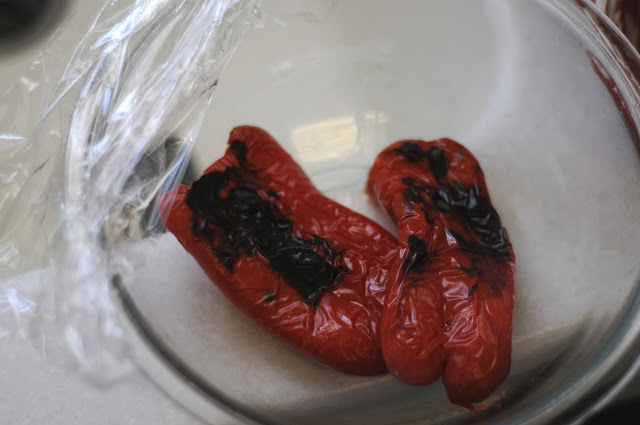 I really love red peppers.  I wish they were a bit cheaper…but that goes without saying.  If you buy them regularly, you know what I mean.  It is sometimes more economical to buy bottled roasted red peppers.  Either is fine for this recipe.  I just happened to have some fresh peppers on hand, so there we are.
The olives followed because I was kind of craving that salty, briny punch you get from olives.  Kalamata or green olives would have maybe been a better choice, but again, with cooking you use what you’ve got.  The arugula was there for some peppery green freshness and another texture component.
This recipe makes enough for 2-4 people depending on if it’s a main or side dish.  I had enough leftover for lunch the next day.  It did need a little water to loosen up the sauce a bit, but other than that, it was just as good as the day before.

Ingredients:
2 red bell peppers, about 1 lb. (or equivalent from a jar, rinsed well before using)
1/2 cup cashew cream (recipe follows), or dairy sour cream
salt and pepper, to taste
hot sauce (I looooooove Frank’s), to taste
sliced olives (I had canned, Kalamata would be the 1st choice)
a few big handfuls of baby arugula
8 oz. gluten-free (or whatever you have) pasta, cooked and drained

Instructions:
Roast the red pepper under a broiler or over an open flame until the skin is blistered and black. Place the peppers in a bowl and cover tightly with plastic wrap. Let sit for about 10 minutes. Remove the peppers from the bowl and use a dry paper towel, or your fingers to rub off the blackened peel. Cut the peppers open and remove the stem and seeds. Place in a food processor or blender. Add the cashew cream and process until pureed. If you need to, stop and scrape down the sides. Add a little water to thin it out if it’s too thick. Taste and adjust seasonings accordingly.

Put the pasta in a serving bowl. Top with the sauce and stir to coat. Add the sliced olives and arugula, toss gently. Serve warm or room temp. 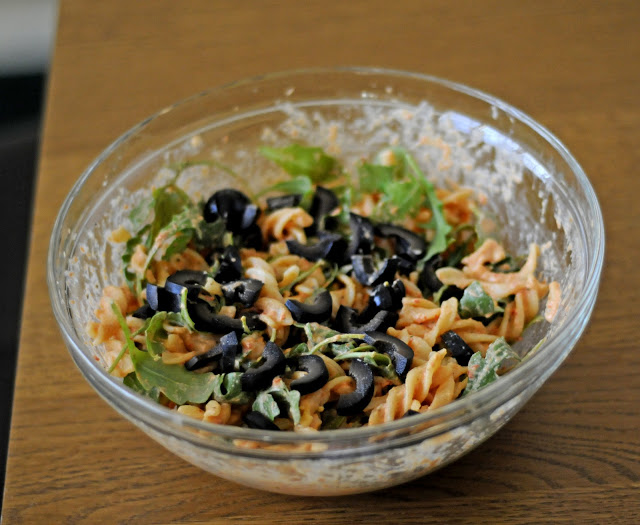 My sweet little Betta is always near me when I’m cooking and taking pictures.  One day that girl will have to get a blog of her own. :)  Isn’t she gorgeous?!  I can’t get over her. 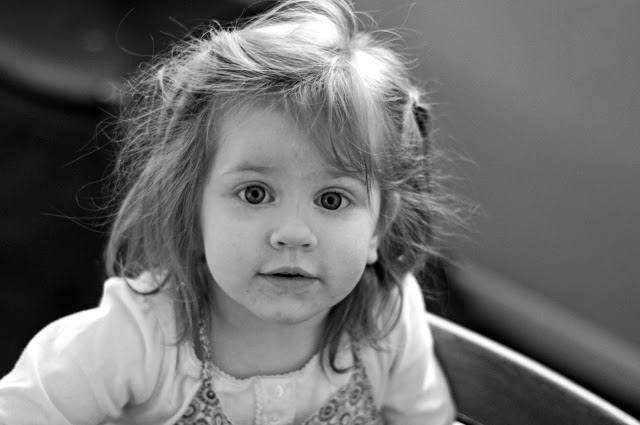 On the side of my pasta I ate a pretty orange.  I don’t know where these hailed from (probably CA), but they were so juicy and sweet.  We ate them in a flash.  They didn’t last long. 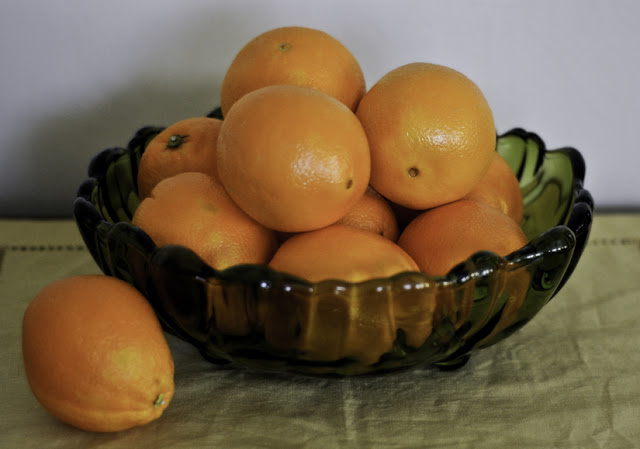 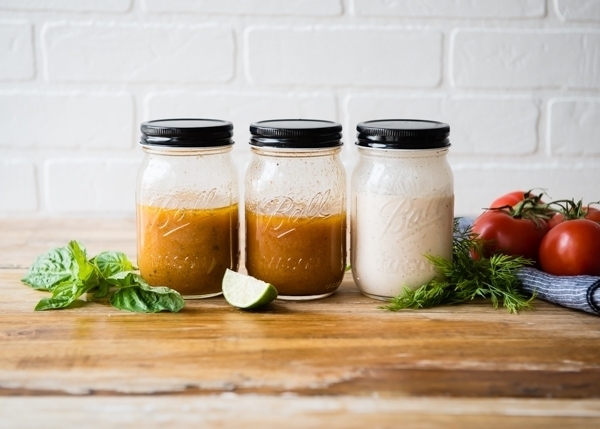