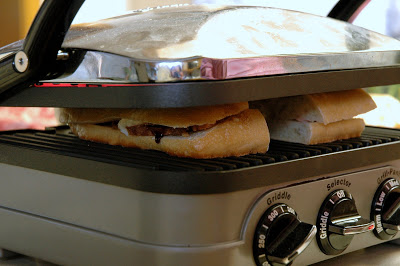 I’m always late posting these things…I’m sure you’ve all eaten your leftover Easter ham. I stuck mine in the freezer because we had so much of it. And then my mom gave me her leftovers, too.

We were at Aunt Robbie’s a few weeks ago and we made the best panini with leftover ham.

I saw something similar in a magazine or on a blog somewhere. (Forgive me for not remembering where–if it was your blog, say so and I’ll credit you!) 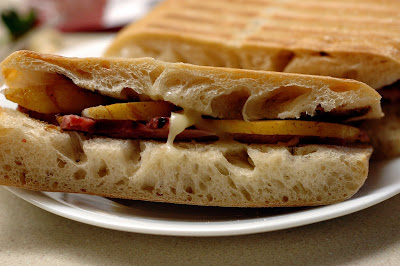 Man it was good.

We used ciabatta, thin slices of ripe pear, slices of brie (rind on or off, it doesn’t matter), thick sliced ham (you could use good quality deli ham), and finally, Roland Balsamic Glaze. 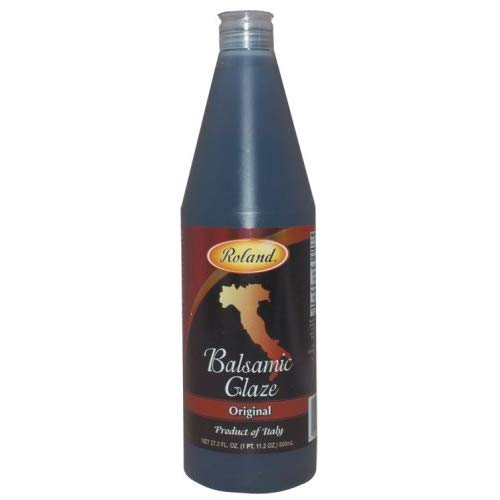 We agreed we could drink this stuff. It’s that good. You can make your own by placing balsamic vinegar in a pan and letting it reduce by half, or until syrupy.

Let me reiterate (for my husband) that I would love, love, love to own my own panini press. And since there is a certain holiday coming in a few weeks on May 10th…I’d love one. (You know, since I didn’t get one for Valentine’s Day. I think I got Utah license plates instead…)

One loaf Ciabatta, sliced into3-4″ pieces, each piece cut in half lenthwise
Leftover sliced ham or deli ham (enough for 2-3 slices per sandwich)
a nice wedge of Brie (I’m going to say half a small wheel, rind removed if desired)
2 ripe, but firm pears, cored and thinly sliced
Roland Balsamic Glaze, for drizzling
Olive oil, for brushing

Heat up a panini press.

Layer ham, brie, and pears over one half of the sliced bread.  Drizzle with a little balsamic glaze.  Place second piece of bread on top.  Brush the top and bottom of the sandwich with olive oil.  Place in the panini press and grill until cheese melts and the sandwich is toasted nicely on both sides. 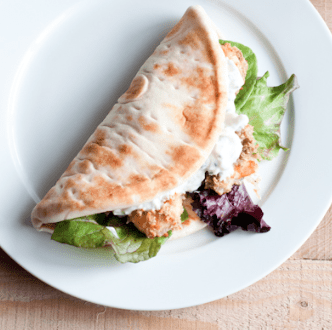