Have You Tried: Apriums? 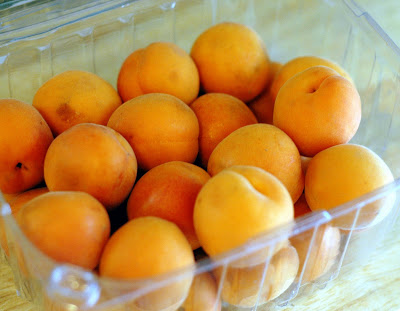 I am a little late in posting about Apriums. I actually bought these back in June at the beginning of summer and here we are now in August. It doesn’t matter. Next year be sure to keep an eye out and pick some up to try.

Apriums are one of those hybrids of plums and apricots. Unlike a pluot, the aprium is 3/4 apricot and 1/4 plum. Apriums maintain almost all of their apricot parent’s characteristics–the texture, the size, and the color. They even taste more like apricot than plum, but there is a sweetness and hint of plum that you can’t deny is there. The plum parent gives the aprium a little more juiciness than a regular apricot–not much, and a little deeper blush on the skin. The skin is also smooth–not fuzzy.

Apriums grow mostly in California. Like apricots, they don’t really ripen off the tree. If you are lucky enough to pick your own, or live near a farmer’s market, then not only am I jealous, but you will be able to taste them in their prime. I have read that you can ripen them on a counter in a closed paper bag–it didn’t quite work for me with apriums–it does work with peaches and nectarines though.

I bought mine at a local market that caters to the Latino population in my area. These were brought in from California and were not quite ripe. Some were ripe and ready to eat, but most of them had obviously been picked to early so they could survive their journey to the East Coast. Hence my reason for using them in sorbet. I still get the benefits of their flavor even though they weren’t at their prime for eating.

Next time you see them, give them a try.

Recipes that use Apriums:

How To Use a Molcajete

Have You Tried: Arugula