If fresh tomatoes aren’t in season in your area, you can summon up some (almost) summer freshness by using canned tomatoes in this gazpacho. 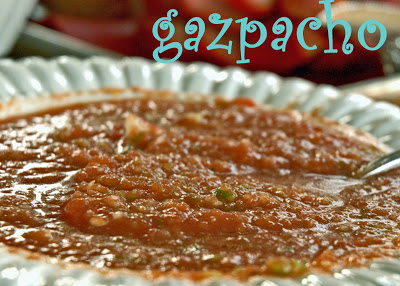 Chill the soup for several hours to blend the flavors. Best eaten the day it is made.

Adapted from a Joy of Cooking recipe.