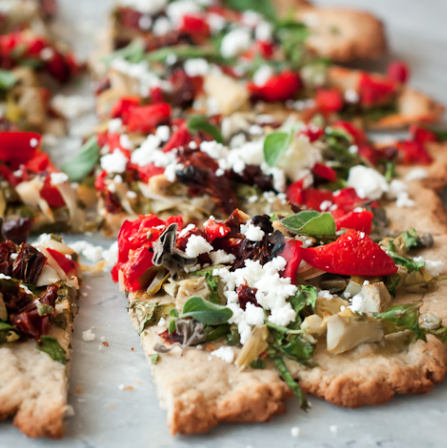 Oh, man. I am really on a pizza kick lately. This Greek-Style Veggie Pizza is one that I really enjoyed making and eating. It’s so full of flavor it will knock you over!  Basically it’s a Greek salad on top of a pizza crust.  Can that ever be a bad thing?  I think not. 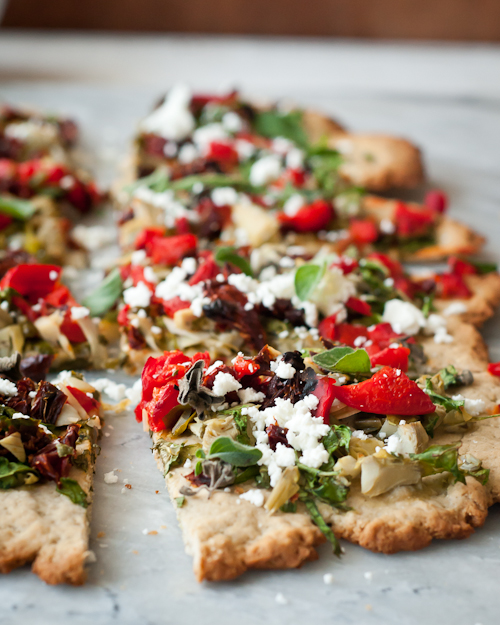 Let’s see what we’ve got here – rustic gluten-free crust, onions, spinach, artichoke hearts, roasted red peppers, sun-dried tomatoes, crumbled goat cheese, and fresh oregano.  It should have had some kalamata olives on top too, but I sort of, maybe forgot about those…next time! 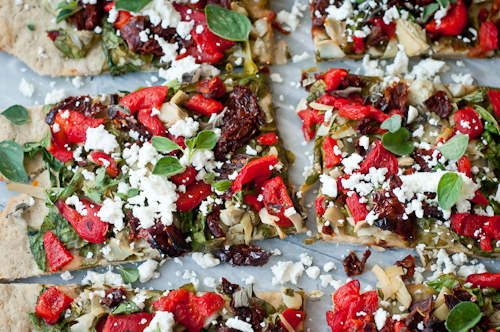 Because this is so overloaded with hearty, healthy toppings, I baked the crust first and then added the toppings at the end – just enough to warm them through a bit.  I used to think having leafy greens on my pizza was crazy, but over the last few years I have really grown to enjoy it.  I’ve used spinach here, but chard, kale or even arugula would be really great here. 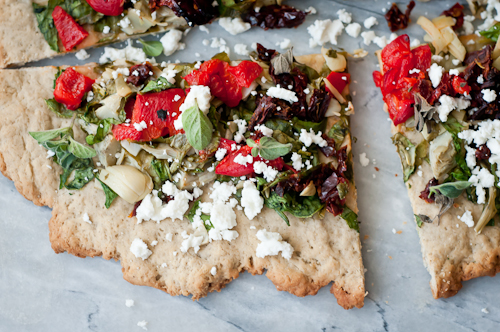 One note about the crust. If you’re not GF, by all means use your favorite crust. But if you are GF, this really is the best crust recipe I’ve used. I use it over and over. I slightly adapted it according to the flours I had on hand. Either way, the recipe works great. If you have leftover pizza, keep in mind it won’t last for more than a day, two at the most. This goes for all GF baked goods. They just don’t hold up as well. So, eat up that pizza! You can make the crust ahead of time, wrap it tightly and freeze it. If you do that, I would recommend making several smaller crusts. Also, don’t let my picture fool you. The crust can be much prettier. I was in a hurry and went for a more rustic look. :)

Honestly, the only thing this pizza needs is a nice, cold drink and a good show on Netflix.

Find all of my pizza recipes here. 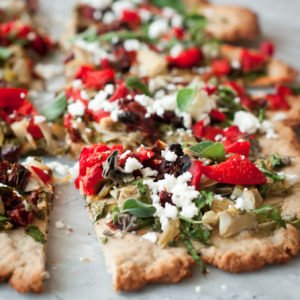 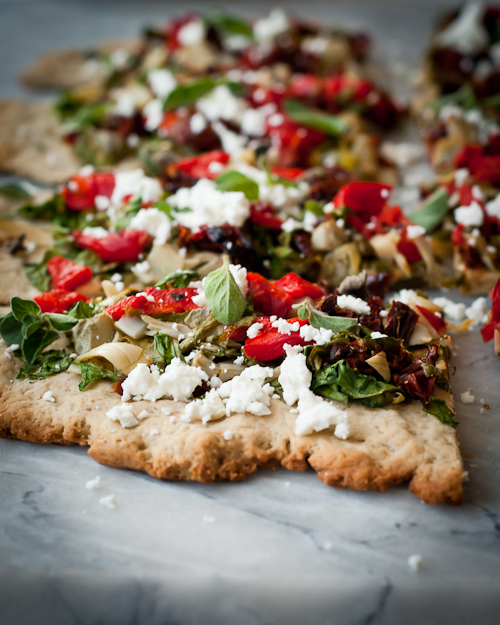 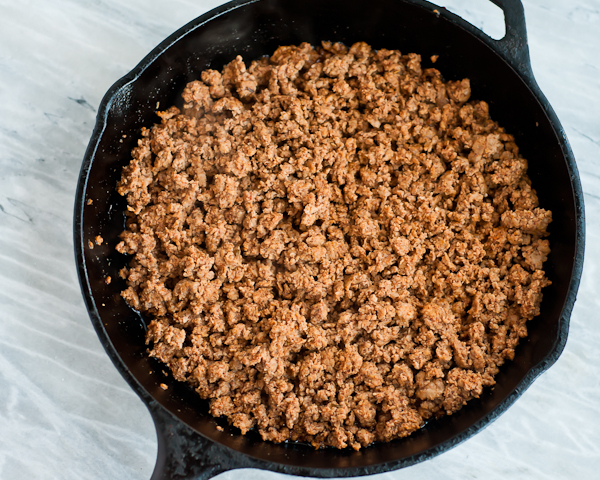 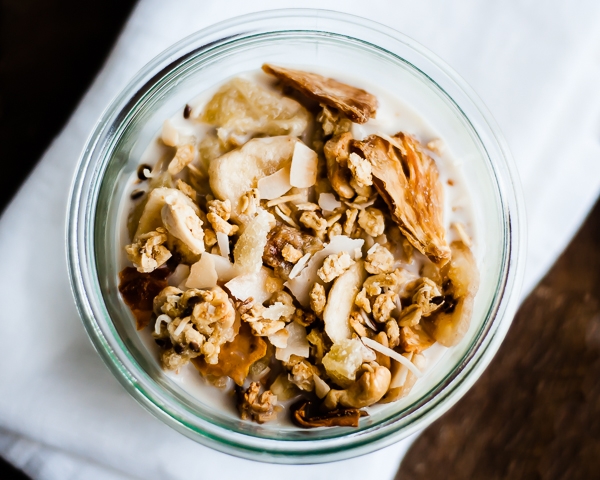